We never have enough time for research into regional history – but here are at least a few highlights of major Museum projects. On the “Publications” page you will find information on previous research results.„Veröffentlichungen” informiert über frühere Forschungs-Ergebnisse. 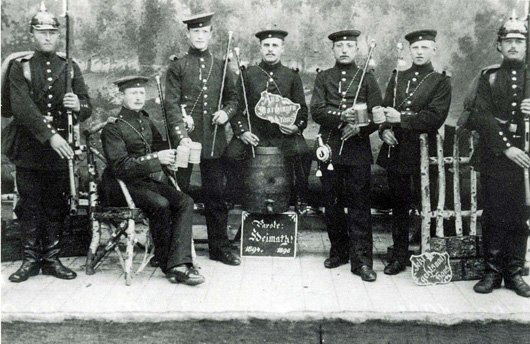 “HEIMATKUNDE” – Westphalian Jews and their neighbours
A team from the Jewish Museum worked on this project from 2011 to 2015: This research and exhibition project, which focused on this region with references to German and European issues, looked at the topics of “Homeland and Jews, Jewish home, Jews and non—Jews as neighbours” and was presented in a large-scale special exhibition in 2014/2015. The research looked at issues ranging from law and politics to culture (literature, music, theatre) and society (particularly everyday life and clubs).
There is a widely held opinion that Jews are very attached to their home countries and using historical facts, mainly from the 19th and 20th centuries, we showed the historical background which led to this perception. The exhibition shows the process of eliminating conditions and restrictions, to which Jews were then subject, and the recognition of Jews as entitled to equality and citizenship rights in this region. It shows the different aspects of Jewish integration and how the concept of identity changed in this process.
The topics of the exhibition were: Rights of Residence – Love of One’s Homeland – – Expelled from your Homeland – Homesickness – Several Homelands.
This allowed us to show the various degrees of “assimilation”, the issue of “my home Westphalia” and good neighbourly relations, to analyse and show difficulties with neighbourly relations and integration and Jewish reactions to this, the reactions of Westphalian Jews from different periods and cultural backgrounds to the “Unmögliche Heimat” (Impossible Homeland”) (Anthony Kauders). It shows the historical reasons and normalities of affiliations to more than one country – also with regards to present-day experiences with migration, mechanisms of integration and exclusion.
In 2012 a conference was held and in 2015 an audio book was produced (for both see “Veröffentlichungen“), a website Website and the exhibition (designed by Büro KatzKaiser, Cologne/Darmstadt).
The members of the project team were Dr. Iris Nölle-Hornkamp and Thomas Ridder M.A.; it was supported by Elisabeth Schulte-Huxel and Dr. Norbert Reichling.
Sponsorship: The staff costs were generously sponsored by the Kulturstiftung des Landschaftsverbands Westfalen-Lippe. The Krupp Foundation, the Bethe Foundation and others also made the exhibition possible.

VYou will also find many results of the “Heimatkunde” project on this internet page which we will continue to develop.

Angekommen? – Lebenswege jüdischer Einwanderer/-innen
Jewish immirgration since 1990 means that Jewish life once again has a place in Germany, both in Jewish communities and elsewhere. We have used the example of the Ruhr area to document some lives: Where did the immigrants come from? Why did they move to Germany? What experiences did they have in their former homelands and here? What role do the Jewish communities play for the immigrants, what forms of Jewishness play a role and what perspectives do they have for the future – and all of us together? 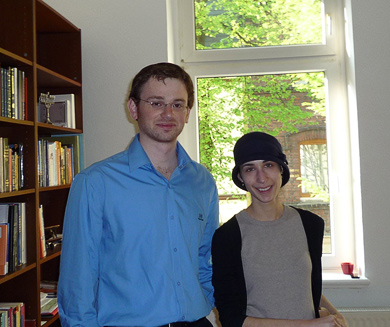 Under the title of “Angekommen?” a touring exhibition, consisting of 24 interviews, has been shown in the Ruhr area and other places. The individual motives and the great achievements of the men and women who have come here are quite apparent.
This exhibition is available on loan – for more information go to menu item “Touring exhibitions”
Information on a book on the exhibition can be found on our “Publications” page. Book.
Support material on the subject of Jewish immigration can be found as a download under “Materials”.
An introductory talk by the project director and exhibition curator Dr. Svetlana Jebrak from February 2010 can be found here and a talk on “”Wege der Integration – Migration und Identität” by Dr. Norbert Reichling on some of the results of the project can be read here.

Reifeisen Family
In 2008 Elisabeth Schulte-Huxel from the Board of the Association of the Jewish Museum found a survivor, the daughter of an East European family from Dorsten who had been deported in 1938. Elisabeth Schulte-Huxel visited Elise-Hallin-Reifeisen in Stockholm and interviewed her on her life. Mrs Halin Reifeisen was a child when on 28 October 1938, she and her family were deported to Poland. She was later saved through a “Kindertransport” to Sweden. In 2008 Gunter Demnig laid a “Stumbling Stone” in Dorsten for her parents, Simon and Gertrud Reifeisen (www.gelsenzentrum.de/familie_reifeisen). 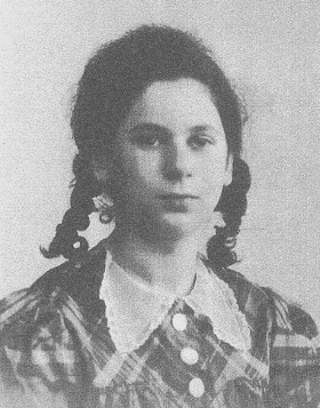 In November 2008 a talk on this subject was held at the Jewish Museum in Dorsten. In 2009 a “Stumbling Stone” was laid in Gelsenkirchen for Regine Spanier, Elise Halin-Reifeisen’s aunt –
also see here: siehe auch hier.
In 2011 Elisabeth Cosanne Schulte-Huxel (on behalf of the Jewish Museum of Westphalia) published the book “Mein liebes Ilsekind” Mit dem Kindertransport nach Schweden. Briefe an eine gerettete Tochter,
In 2009 a summary of this family research was published here and in the calendar of the Herrlichkeit Lembeck and the town of Dorsten:
www.gelsenzentrum.de/geschichte_familie_reifeisen

Eisendrath stories
In 2008 another internet page of the Jewish Museum became available. Under the web address www.eisendrath-stories.net around 30 stories about the Eisendrath family from Dorsten are presented in English. In the 19th century the family emigrated to (mainly) the USA; a Belgian branch of the family was also found. As we often received inquiries from young family members from the USA, we decided to publish at least some parts of this fascinating story on the internet as “work in progress”. For this purpose we edited, translated and put together some texts and sources from the museum’s research work as well as some of the reports on the visits by family members in recent years.
In July 2010 a big family reunion was held in Dorsten with 55 members of the Eisendrath family from the USA and Belgium. A report in English on the reunion (translated from our Museum journal “Schalom”) can be read here hier.
And you can now find and order “From Dorsten to Chicago” in our list of publications Publikationsliste . 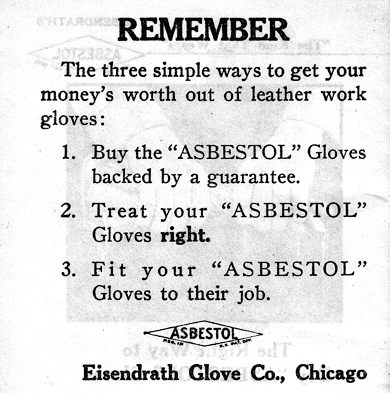